Libya on Thursday sent more than 200 illegal migrants back across its land borders, in a rare display of cooperation from the country's divided political institutions.

The migrants, dressed in differing tracksuits to identify their nationalities, were handed biscuits, milk and bottles of water by police in Tripoli, before being bused in convoys to Libyan border crossings.

The operation was organised by the Interior Ministry of Prime Minister Abdulhamid Dbeibah's Tripoli-based government, whose authority is contested by a rival administration in Libya's east. 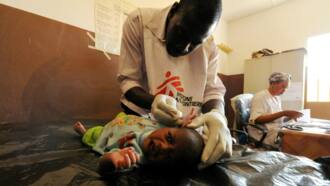 But a deal with authorities there and in the south enabled coordination of the expulsions.

War-ravaged Libya is a conduit for thousands of people each year fleeing conflict and poverty across Africa, seeking refuge across the Mediterranean in Europe.

Most enter via the country's vast southern borders in the Sahara desert.

Libya is regularly criticised for its treatment of migrants, with rights groups alleging horrific treatment at the hands of smuggling gangs and inside state-run detention centres.

Authorities and armed groups operating under state auspices have repeatedly been accused of torture, rape and other abuses.

The United Nations had previously handled the repatriation of refugees from Libya, but the deal between authorities in the west, east and south has enabled the Interior Ministry's agency tackling illegal migration to work in a unified way across the country. 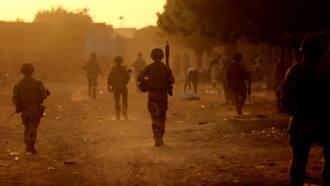 Tensions between the rival administrations in August spilled over into deadly gun battles between their militias that left more than 30 people dead in Tripoli.

Kim vows North Korea to have world's most powerful nuclear force
an hour ago
Argentina look to Messi to salvage World Cup bid
15 hours ago
90 years on, Ukrainians see repeat of Russian 'genocide'
9 hours ago

"Computer village": Nigerian man converts wheelbarrow into big shop, covers whole road in video
9 hours ago
Benin troops kill four gunmen near border
11 hours ago
2023 election: INEC makes bold statement ahead of polls, gives update on BVAS
an hour ago
Baby confidently walks to stranger's basket in supermarket, picks candy, walks away without returning it
21 hours ago
"Mummy, when will you do my hand": Boy with a flappy hand cries out to mum in video, says people laugh at him
11 hours ago