Three women and 11 men were flogged Wednesday on the orders of an Afghan court after they were found guilty of theft and "moral crimes", a provincial official said.

The lashings are the first to be confirmed since the Taliban's supreme leader ordered judges this month to fully enforce Islamic law, or sharia, saying corporal punishment was obligatory for certain crimes.

"The maximum number of lashes for anyone was 39."

Supreme leader Hibatullah Akhundzada ordered judges this month to fully enforce aspects of Islamic law that include public executions, stonings and floggings, and the amputation of limbs for thieves. 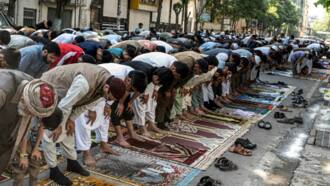 "Carefully examine the files of thieves, kidnappers and seditionists," he said, according to the Taliban's chief spokesman.

"Those files in which all the sharia conditions of hudud and qisas have been fulfilled, you are obliged to implement."

Hudud refers to offences for which corporal punishment is mandated, while qisas translates as "retaliation in kind" -- effectively an eye for an eye.

Social media has been awash for months with videos and pictures of Taliban fighters meting out summary floggings to people accused of various offences.

However, this is the first time that officials have confirmed such punishment ordered by a court.

Akhundzada, who has not been filmed or photographed in public since the Taliban returned to power in August 2021, rules by decree from Kandahar, the movement's birthplace and spiritual heartland.

The Taliban regularly carried out punishments in public during their first rule that ended in late 2001, including floggings and executions at the national stadium.