A gunman killed at least six people at a Walmart store Tuesday just ahead of the Thanksgiving holiday in the second mass shooting in the United States in four days.

Police said the shooter was also dead after the late-night assault in Chesapeake in the state of Virginia that followed a weekend gun attack at an LGBTQ club in Colorado that killed five people.

CNN quoted a law enforcement source as saying the attacker was believed to be an employee or former employee of the store who started shooting other workers in a room used for staff breaks. 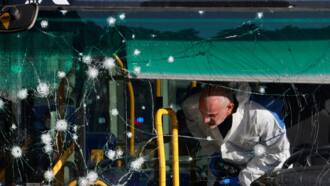 At some point the shooter turned the gun on himself, CNN quoted the source as saying.

Emergency calls were first made just after 10:00 pm Tuesday (0300 GMT Wednesday) while the store was still open, with rapid response officers and tactical teams entering immediately after arriving on the scene, Kosinski said.

US media reported that witnesses said the shooting began at the back of the store and that at least five wounded had been rushed to the hospital.

"We believe it is a single shooter and that single shooter is deceased at this time," Kosinski said, adding he did not believe any shots had been fired by police.

In the hours afterwards, news footage showed a major police presence around the Walmart, which is located about 150 miles (240 kilometers) southeast of the US capital Washington. 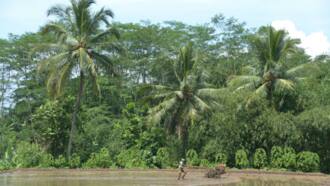 Kosinski said officers and investigators were carefully sweeping the store and securing the area.

Walmart, the largest retailer in the United States, issued a statement early Wednesday saying: "We are shocked at this tragic event."

The company added that it was "praying for those impacted, the community and our associates. We're working closely with law enforcement, and we are focused on supporting our associates."

"I will not rest until we find the solutions to end this gun violence epidemic in our country that has taken so many lives," she wrote on Twitter.

The shooting occurred at a major retailer less than 48 hours before Americans nationwide celebrate Thanksgiving.

"Tragically, our community is suffering from yet another incident of senseless gun violence just as families are gathering for Thanksgiving," tweeted Congressman Bobby Scott of Virginia. 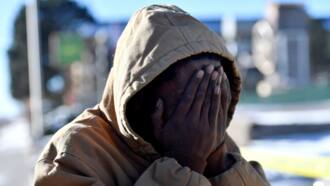 The incident occurred three nights after a gunman opened fire inside an LGBTQ nightclub in Colorado Springs, killing five people and injuring at least 18, in what is being investigated as a possible hate crime.

Authorities said that suspect, identified as 22-year-old Anderson Lee Aldrich, had used a long rifle at the club, where partygoers were marking the Transgender Day of Remembrance, which pays tribute to trans people targeted in violent attacks.

Gun violence occurs at an alarming rate in the United States, where more than 600 mass shootings have occurred so far in 2022, according to the Gun Violence Archive website.

“Remove Wike now”, Regina Daniels husband tells PDP, gives strong reason
an hour ago
Transformation photo of boy who used to work as bus conductor, he meets billionaire Tony Elumelu
3 minutes ago
2023: IGP reveals punishment for governors sponsoring violence against opponents in their states
36 seconds ago
Brillaint kid who got straight 8 A's in his WAEC begs for laptop to use at university
5 minutes ago
Salary regulation: List of Nigerian agencies whose staff earn bigger than Buhari
5 minutes ago