On the 29th of June, the news of Obama DMW’s death hit the internet. Celebrities and the 30BG took to social media to express their reaction to the unfortunate situation and sympathise with the DMW gang.

We earlier reported that Obama DMW died of a cardiac arrest shortly after complaining of difficulty in breathing.

Hours after the demise of Davido’s aide, Peruzzi opened up about the events that led to his death. In a chat with a close friend, Peruzzi disclosed that Obama wasn’t sick and was with him in his studio till around 2am. According to Huncho, they gathered to spend quality time with their boss, Davido before he left for Atlanta.

Peruzzi stated that Obama woke up and complained he was having trouble breathing. He informed Sir J that Obama walked into the hospital himself where he died.

Though Peruzzi didn’t directly say that Cigarettes and Alcohol might have ended the life of Obama DMW, he implied it with his decision to quit smoking and drinking. In his own words, he wrote: 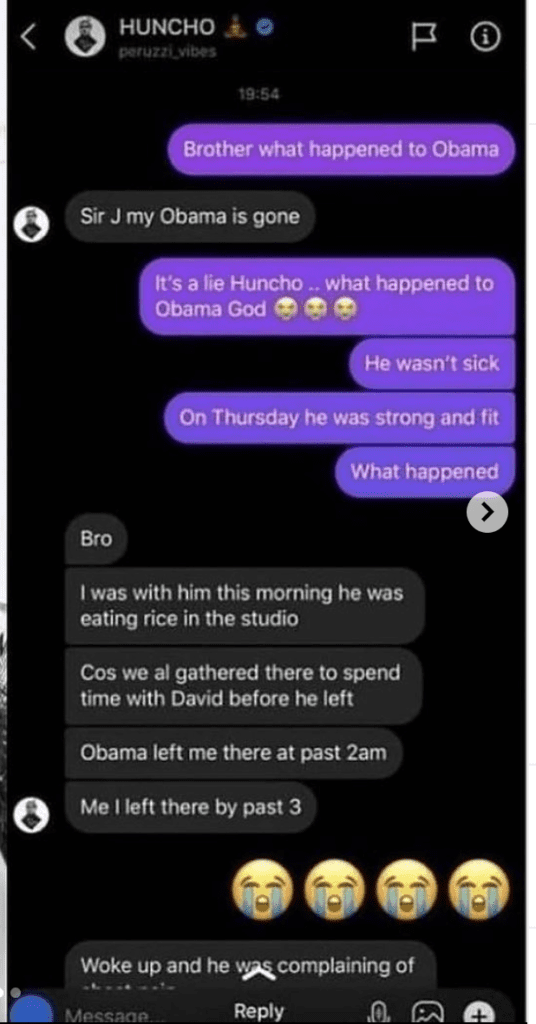 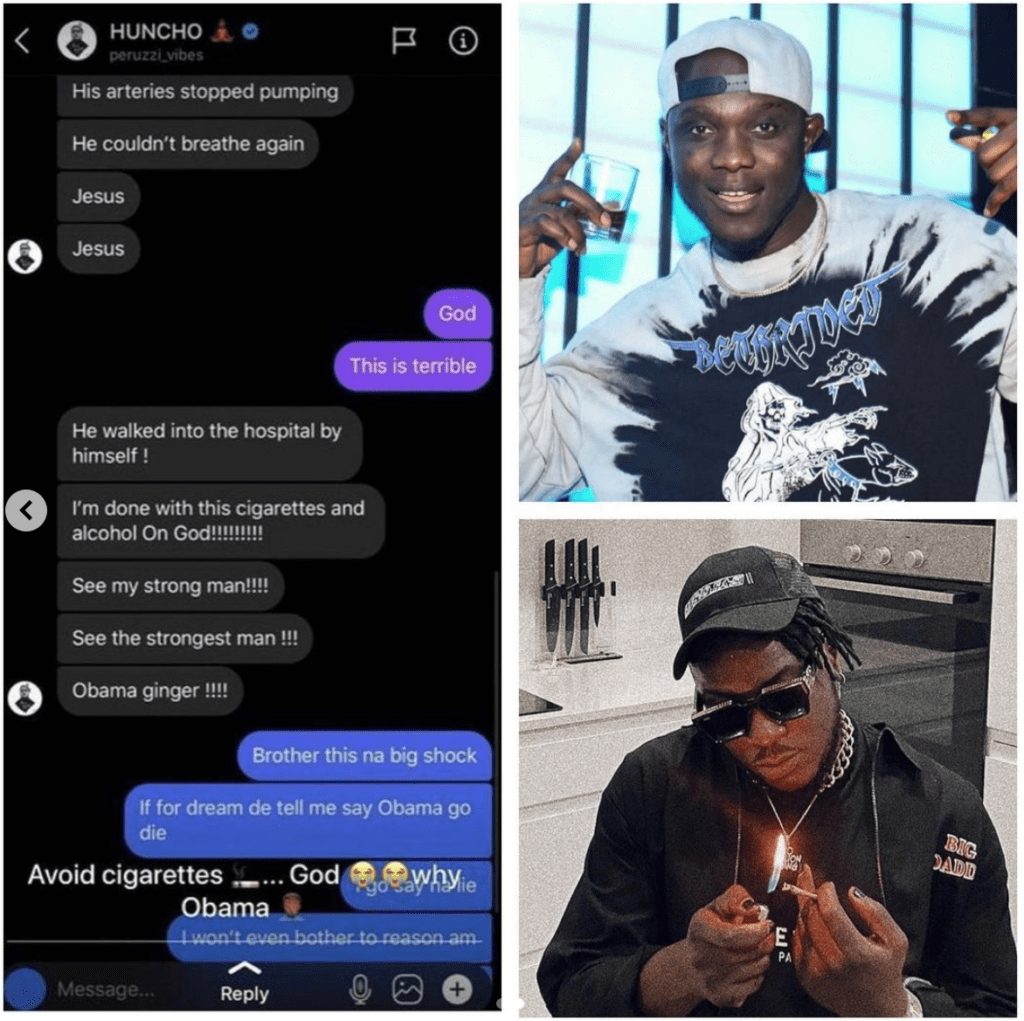