Popular Nigerian actress, Lilian Afegbai, gave Netizens a lot to talk about over her list of preferences in a man.

While speaking with media personality, Toke Makinwa, on her Toke Moments show, Lilian opened up that she is looking to settle down with a comfortable guy.

When explaining further, the movie star added that something is wrong with a guy who doesn’t have a house in his name before settling down.

According to her, she is already making monthly payments on her own house and in no time, she will be done with it.

“Then something is wrong, because even me as a young girl, I’m already paying small small. Every month I go squeeze money, pay, before you know now, I go don pay finish. So you cannot come and tell me now that you really need so much money to buy a house in Lagos. That’s a lie, that means you don’t understand real estate, that means you can’t even be with me, we’re not even mentally inclined. So God has chased you.” 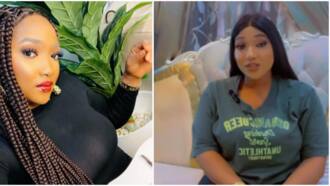 “If a man wants to marry you, he will borrow money”: Actress Christabel Egbenya says, causes online stir

The actress’ disclosure of her preference in a man caused a big buzz on social media, with netizens reacting.

“There's nothing wrong with what she said (basic things) like car and house is very essential.”

“Nobody should pressure my brothers sha. Be like something dey really worry una for head.”

“It's her choice and life. Some men are becoming too feminine, and want only rich women. More women are hustling hard to be comfortable, it's okay to want the same energy.”

“She said for herself, so she is right.”

“Aunty be calming down, he can always buy a house later. You sound like vou are willing to start average yet big, pls choose one. Toke said 1 car lol how many e for get b4?” 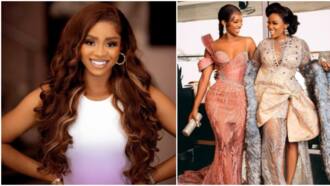 “I bought my 1st and 2nd car myself”: Iyabo Ojo’s daughter says it gets to her when people tag her wins to men

“Before you critise her, understand that it is her preference. More so she wants a man whose ambition matches hers.”

“You people where sha not deaf when she said she's already paying for her own house in bits, so someone that wants to marry her should have that plan too. Abi she go leave her house con stay rented apartment?”

“Sha it's better you're comfortable with some basic things before u settle down, it's for ur own good.”

“What about a woman that settles down before having a house in her name?”

“It's a crime to be a man in this generation.”

“Smh, it's always the women who can't keep a man to save their life.”

“She simply wants someone in her class... atleast, someone that can afford the basics for starting a family... she was even begging Toke that a car is okay it's simple.” 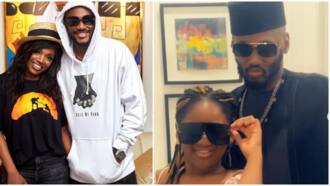 “It's the little girls that listen to these people and believe everything they say I'm worried about.”

Popular Nigerian actress, Regina Daniels, has once again showcased the perks of being married to her rich politician husband, Ned Nwoko.

Regina had been known to campaign for her man as he vies for the senatorial seat in Delta North and it appears he has rewarded her for it.

Taking to her Instagram story, the movie star revealed that Ned had sent her N10 million and she went ahead to share a screenshot of the credit alert.

FG finally reveals those financing terrorism in Nigeria
an hour ago
"He promised to give me his highest power": Yul Edochie links up with Odumeje, fan worried about his 1st wife
3 minutes ago
Insecurity: Governor Wike makes another generous donation to Nigerian Police, makes juicy pledge
3 minutes ago
2023 polls: Powerful presidential candidate to jets off to US, Europe, December 4
3 minutes ago
"Incoming president": Kid uses mic like a teacher as leads school assembly with authority, video goes viral
4 minutes ago

“Overtaking Nnla”: Wizkid beats Burna Boy to become 1st African artist to headline 80k capacity London stadium
17 hours ago
“The smile never enter”: Fans pray for Davido as he smiles at crowd during 2nd appearance after son's demise
52 minutes ago
"I no send una papa and mama": Ayra Starr clapback at those always criticising her for wearing skimpy clothes
a day ago

New naira notes: Nigerians show off their own designs against CBN’s
an hour ago
As Palestinian flags fly at World Cup, Israeli symbols hidden
18 hours ago
Top APC chieftain says no man can kill Tinubu before or after 2023 elections
3 hours ago
Lights go out on Hungary stadiums, theatres as energy crisis bites
an hour ago
FG to end conditional cash transfer December, millions benefit
an hour ago