Editor's note: In this piece, Olasupo Abideen explains why presidential debates are important in developing Nigeria's democracy and electoral system as the 2023 general elections approach its penultimate month.

As campaigns for the 2023 general elections commence, various interest groups are already setting up debates mainly for the Presidential candidates running for the topmost office in the land.

Despite the inconsistency in the participation of major candidates in debates, there is no doubt that Presidential and Governorship elections debates have become a common feature in Nigeria’s electioneering process.

Recent history shows that winners of elections either do not attend debates or when they do, they are not necessarily the best in articulating manifestoes to convince prospective voters. 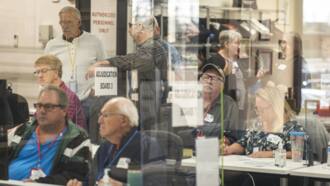 However, this is not to underestimate the periodic interface between the presidential, governorship, and other candidates and the Nigerian citizens who will relinquish their mandates and trust in return for fulfilled promises and dividends of democracy.

Ideally, political debates should be likened to a job interview session where candidates are applicants for a job of Governor of a state or President of a Country while interviewers will be hosts of the debate, representatives of Civil Society Organisations or citizens in the case of townhall ask salient questions that will go a long way in determining if the said candidate is qualified or experienced enough to get their votes.

This has not necessarily been the case in Nigeria, as many Nigerians already made political decisions before, during, or after political debates.

Most electorates are influenced by an avalanche of reasons beyond just debates. Some of these influences range from religion, tribe, political affiliation, and financial or material inducement.

This is usually irrespective of the candidate’s precedents, antecedents, and public sentiments in the build-up to the elections.

Thus, political fanatics and supporters attend or watch election campaigns with pre-conceived mindsets, which usually hinder the analysis of promises and presentations made by candidates.

In other cases, supporters attend campaigns to cheer their candidates while jeering opponents.

Thus, it’s virtually difficult for prospective voters to change their political decisions after the election debate.

Unfortunately, this has motivated some major candidates to avoid important debates as it is believed that voiding debate is a political strategy by some politicians who thinks it can weaken their strength.

According to Professor Chika Mordi, Economist and Banker, shunning debates is a political strategy. 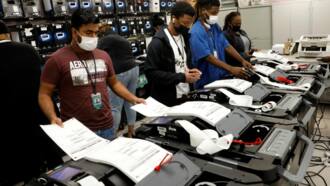 US midterm elections: misinformation to watch out for

He said if a candidate is enjoying public euphoria ahead of the poll and probably stand a better chance of winning, they are likely to avoid debates, especially if they think a debate will weaken their chances.

Although this may not be why the candidate of the All Progressive Congress, President Muhammadu Buhari and Peoples Democratic Party Atiku Abubakar, avoided the debates in 2019, it depicts how less influential debates could be in determining political destiny.

However, even though they may constitute fewer electorates, some Nigerians look forward to assessing manifestoes and the practicability of political promises during rallies, campaigns and debates.

Their political decisions are shaped by the direct utterances of candidates seeking to win elections.

In this vein, there is a need to revitalize Nigeria’s debate to be more participatory with more impact on political decisions. There should be one nationally recognized Presidential or Governorship elections debate with holistic coverage that many voters and citizens can access.

Nigerian youths and the evolving political dynamics of the 2023 elections, by Chinemerem Onuorah

Unlike the current proliferation of debates by groups and Civil Society Organisations, there should be a nationally recognized neutral body in charge of elections debate, just like the National Peace Committee, which is currently the only recognized body that manages the signing of the peace accord.

Also, there have been consistent debates over why many voters need access to Cable Television to watch their candidates speak during the debate.

Thus, there are immense opportunities to stream debates on every platform, including international, national, and local media platforms and radio stations.

Debates should be elevated to a period of national importance where elections are won and lost even before the election day proper.

This will further encourage candidates to participate and prepare adequately for elections debate, especially in succinctly articulating their thoughts.

Disclaimer: The views and opinions expressed here are those of the author and do not necessarily reflect the official policy or position of onebeat.com.ng.

10 ways of fighting and reducing political apathy in Nigeria

Your own opinion articles are welcome at [email protected]— drop an email telling us what you want to write about and why. More details in onebeat.com.ng’s step-by-step guide for guest contributors.

Contact us if you have any feedback, suggestions, complaints, or compliments.

2023 elections: EFCC arrested Peter Obi’s son for fraud? Fact Emerges
4 hours ago
“Shakira Shakira”: Singer Teni hails herself as she whines her new small waist in video, fans gush over her
16 minutes ago
“She just wear napkin”: Singer Ayra Starr rocks tiny outfit on stage, causes online stir as video goes viral
16 minutes ago
Singer Flavour and Sandra Okagbue rock matching outfit in photo as she celebrates him and daughter on birthday
16 minutes ago
“I don’t have a girl yet”: Wizkid finally reveals the gender of his 4th child, netizens react to viral video
16 minutes ago