Troubled gas giant Uniper on Wednesday said the German government would need to spend an additional 25 billion euros under a planned nationalisation to stave off the firm's collapse in the wake of Russia's war in Ukraine. 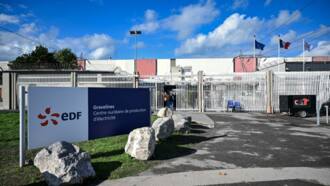 The revised figure comes after Berlin scrapped a controversial plan to make German consumers pay a gas levy to help importers cope with rising prices, which would have covered some of Uniper's costs.

The government will finance the rescue out of a 200-billion-euro "special fund" designed to cushion the impact of the energy crisis on households and businesses.

Uniper said it would ask shareholders to formally approve the rescue deal on December 19.

As Germany's biggest gas importer, Uniper has been hit especially hard by the fallout from the Ukraine war, which forced it to buy gas at significantly higher prices on the open market.

It has reported a 40-billion-euro net loss for the first nine months of the year, one of the biggest losses in German corporate history.

Germany's government stepped in to save the company on fears that its collapse could endanger gas supplies and wreak havoc on Europe's biggest economy. 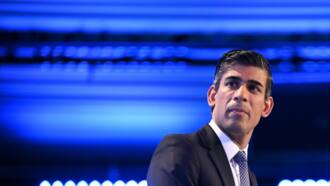 Germany, which was heavily reliant on Russian gas imports before the war, has raced to find alternative suppliers and fill reserves before the colder winter weather arrives.

The country announced last week that its gas storage facilities were 100 percent full.

Adeleke: Trouble for Davido's uncle as tribunal rejects his WAEC certificate pre...
3 hours ago
Mia Fizz's biography: age, height, birthday, family, net worth
3 minutes ago
Fed rate hopes weigh on dollar, stocks fall ahead of US jobs data
54 minutes ago
Elissa Victoria’s biography: age, height, sister, net worth
an hour ago
Carter Efe brags as he buys a Benz, dances hard with only towel around his waist, video trends
an hour ago

Yemi Alade sings for a man at a show, fans react to the look on his face in cute video: "He don fall in love"
an hour ago
Just in: Ogun state chapter of Labour Party expels Doyin Okupe, 11 others
7 hours ago
"I earn over N482,000 monthly": Taxi driver living in Qatar opens up in viral video
19 hours ago
Timipre Sylva, Yekini Nabena accuse Bayelsa governor of non-performance, endorse Tinubu
8 hours ago
New naira notes: Banks extend banking hours to 6 pm, Saturday banking, new notes to be unveiled earlier
22 hours ago