Barely hours into the BBNaija reality show, an old tweet of a female housemate, Angel, on how she can drain a man’s pocket has gone viral on micro-blogging website, Twitter.

This is coming after she was introduced as one of the female housemates of the 2021 Shine Your Eyes edition of the show.

According to the beautiful housemate who was the first female to be introduced, she claimed to be willing to sleep with a rich man till he becomes poor. 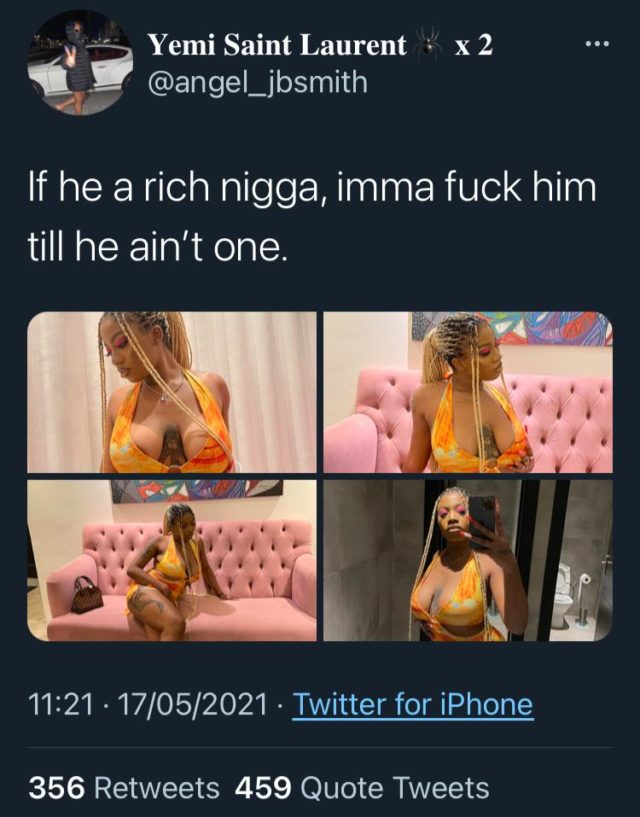 #BBNaija: Watch The Video of Maria’s Clash with Jackie B

Ka3na talks about her #BBNaija Journey, Moment with Praise & Plans After the Show